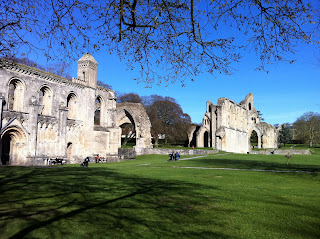 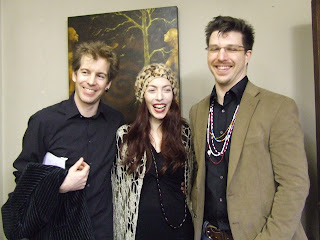 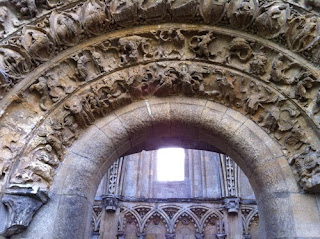 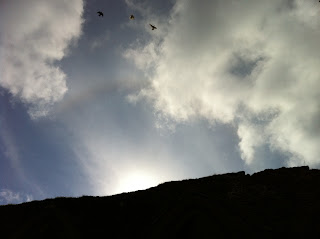 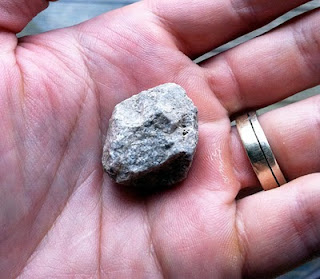 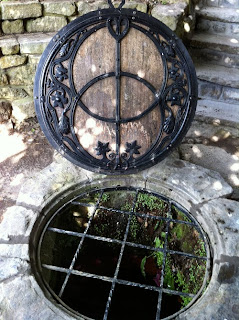 
It's a full-colour, fabulous, high quality journal chock full of conjure goodies and it's here! It has been a labour of love for the tireless team at Planet Voodoo but I think it has been well worth it. Just look at the exciting line-up of feature articles. I have had a sneak preview at some of the layouts and they are a feast for the eye and food for the brain, to say the least. Not to be missed! 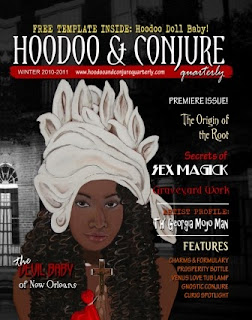 Denise Alvarado:
The Origin of the Root
Dirt Dauber Nests
Conjure Artist profile: The Georgia Mojo Man
A Goetic Ritual: Magickal Doll to Raise the Ghost of a Loved One

Matthew Venus:
What is Real Hoodoo?
Bottle Spell for Prosperity

Dorothy Morrison
The Real Dirt on Visiting the Dead

Aaron Leitch
The Return of Psalm Magick and the Mixed Qabalah

H. Byron Ballard
Cove-Witches and Curanderas: Traditional Healers and Magic-Women in Modern Appalachia
And there are several formulas for magickal oils and powders, a little lagniappe (that's Cajun for a little something extra) magick, a free conjure doll baby template, and a historical text related to Voodoo in New Orleans by Lafcadio Hearn (view the Table of Contents on the left). 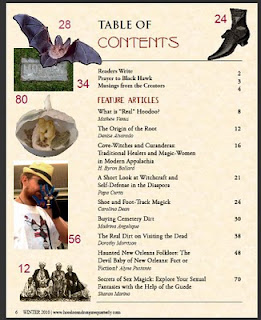 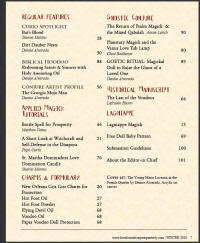 I have been chatting with a client who is putting a work together for herself and we have been going through the various herbal ingredients that she might include, and it occurred to me to blog a little bit about this process...

It's tempting to throw every single applicable ingredient you have at a spell; but one soon discovers that this approach, other than being a little wasteful, doesn't always translate into results. In my experience it kind of muddies things to the extent where the result is unclear. Like with cooking, too many flavours can spoil the dish.

In fact, I would say one should try to craft the work with a minimum of ingredients - focussing instead on the efficacy and clever manipulation of what you have. It's not like each ingredient brings a certain percentage of magical 'juice' and by filling up your jar with everything you have that corresponds to, say, 'love' you are cramming it with that love juju.

Nope. In my experience ingredients are more like words - and what we are trying to do is compose the materia-magical equivalent of a poem (be it a love poem or a battle-cry). The idea isn't to use the most words or the biggest, fanciest words but the right words. A great poet knows the how to insert or remove just the right amount of syllables to create the precise effect needed. A gifted poet can compose something deeply profound with very few words, as is demonstrable in the tradition of the haiku.

Similarly, a spiritual worker is benefited by a brevity of materials - focussing instead on how they are put together to tell the story they need to tell. And good conjure work tells a kind of story. It's the story of what you want to happen.

It is your prayer manifest.

To this end get to know a few ingredients well. How does the plant grow? Why is it included in the corpus of the tradition? How does it behave when you use it? How can you manipulate it when you work with it?

By getting to know a few ingredients at a time, one can build up a good working vocabulary which you can combine in innumerable ways, adding little flourishes here and there. You can only get to know ingredients in this way if you work with them in modest combinations. If you have a ton of different herbs in there, how will you ever know how any one thing is contributing?

Happy conjuring!
Posted by Balthazar at 6:51 AM 4 comments: