This Easter I would like you to consider the egg in a different light. 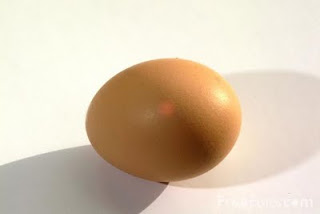 Eggs are some of the most useful items at our disposal as spiritual workers, and there are just so many practical things you can do with them that any fledgling worker will be rewarded greatly by spending some time investigating the various spiritual uses of the egg. Because eggs are made of animal matter they have some very special resonant properties with us as human beings and short of using live animals there are few things that are both as accessible and spiritually absorbent as the ordinary egg. It can be used to cleanse; or as a sympathetic representation of a person, and as such it can also be used as a kind of spiritual 'decoy', among other things. Additionally, eggs can be read after they have been used to cleanse which makes for a useful divination method in that context. As a means of deploying spellwork an egg can be 'fixed' and then hidden near the target to bring into effect its intended purpose. Once emptied out carefully, an egg's shell can also be used as a container spell.

I am all about finding ways of working that are powerful but remain straightforward and accessible, which the the humble egg most certainly is.

Reversing spell and sending it back with a bang:

Here is a nice little trick that was shown to me recently for when someone has decided to burn black candles on your name, or has otherwise thrown bad juju at you in some fashion.


I bet it's less messy if you do this outdoors on a barbecue or something but I did it indoors on the gas stove and it worked just fine. Granted, I had to clean up afterward. Totally worth it.

First take the egg and cleanse yourself with it, praying that the bad work be taken from you. In other words, wipe yourself down carefully so as to ensure you don't break the egg. It kind of feels like you are taking an eraser and erasing black charcoal off of your energy field. When you are done take the marker and write your enemy's name on the egg. If you don't know the name of the person you can write "the evil one", or "all enemies known and unknown". Baptise the egg for them.

Next, put it in the pot and fill the pot with vinegar untill the egg is mostly covered, praying that their plans turn against them and go sour. Tell your enemies that things are about to get hot for them. Psalm 70 is also a good accompaniment for the boiling. If you like you can season the egg with some reversing powder, though not strictly necessary. Set the pot to to boil on HIGH and then leave it to boil till the vinegar has boiled off and the egg is left baking on the dry surface. Then leave it like this and back away, making sure to remove children, pets and spouses.

After roughly 25-45 minutes the egg will go black and then explode with a tremendous, and somewhat startling blast!

Posted by Balthazar at 3:03 AM